The bEUcitizen programme is supported by a highly reputable International Scientific and Policy Advisory Board. The members of the board are high-level experts, internationally recognised and eminent for their academic achievements and/or societal status. The Board furthermore reflects the multidisciplinary approach of our project as its members come from both normative disciplines and empirical sciences. They are therefore perfectly suited to assist this project with its multidimensional approach towards citizenship with a view to achieving its objectives and steering the project towards the expected results.

The Advisory Board members will meet annually with the Executive Committee of the project to provide suggestions on strategic direction and project research challenges. The members of the Advisory Board will receive a ‘standing invitation’ to these annual meetings and will be invited to key lectures and plenaries that will be held within the project’s context. During the annual conferences, the Board members will, depending on their expertise and the content of the Work Package, join the workshops organised to discuss the findings and questions of each Work Package. The quality of the work can be assessed in this manner and suggestions can be made as to how to proceed and to improve the quality of the research.

Considering the expertise and standing of the Board Members we expect the International Scientific and Policy Advisory Board to have a major influence on the Citizenship discourse and to significantly contribute to the dissemination of the results of the bEUcitizen project. Their status in society and their academic reputation will certainly contribute to future discussions on citizenship, in setting the agenda for the further expansion of the notion of citizenship, working towards a shared vision on EU citizenship and acknowledging the dynamic character of citizenship, which may develop at a different pace in different domains. We also expect to add a high-level journalist to the advisory board team, but have been unable to gain confirmation of acceptance at this stage. The members below have all confirmed their participation: 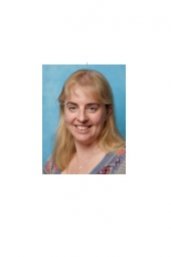 She is professor of European Union Law at the Cambridge University (Trinity College) School of Law. She is co-director of CELS and holds Jean Monnet Chair of EU Law. Her interests focus chiefly on EU law, labour and discrimination law, competition law. She is an author of numerous books and articles. 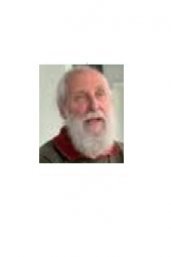 He is  emeritus professor of economy at the Maison des Sciences de l’Hommes, University of Nantes. He has been the coordinator (with Bruno Palier) of the very successful FP7 Network of Excellence REConciling Work and Welfare (RECWOWE). His research interests are social protection and social exclusion, converging social policies, international comparative analysis, and decentralization. He is co-editor with Jane Lewis (LSE), of “Globalisation and Welfare Series”, Edward Elgar Publishing, and chair of the Committee “Sciences humaines et sociales” of the Regional Consultative Council for Researc 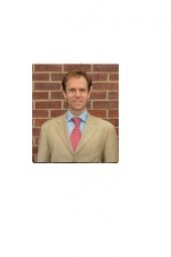 He is Associate Professor of Political Science, Jean Monnet Chair and Director of the Center for European Studies at Rutgers University. His research interests include the politics of the European Union, law and politics, comparative political economy, and comparative public policy. He has written numerous book chapters and articles. He is also co-editor of the Oxford Handbook of Law and Politics (Oxford University Press, 2008). Prior to Rutgers, Kelemen was Fellow in Politics, Lincoln College, University of Oxford. He has been a Member of the Institute for Advanced Study at Princeton, a Fulbright Fellow in European Union Studies at the Centre for European Policy Studies in Brussels and a visiting fellow at the Woodrow Wilson School of Public and International Affairs at Princeton University. He was educated at Berkeley (A.B. in Sociology) and Stanford (M.A. and Ph.D. in Political Science). 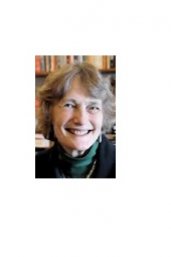 She is President of the Organization of American Historians (2011-2012), is R. Gordon Hoxie Professor of American History. She is also Professor in the Institute for Research on Women and Gender. Dr. Kessler-Harris specializes in the history of American labor and the comparative and interdisciplinary exploration of women and gender. She received her B. A. from Goucher College (1961) and her Ph.D. from Rutgers (1968). Kessler-Harris has been a fellow at the National Humanities Center (Durham), the Radcliffe Institute for Advanced Study. She is the past president of the Labour and Working-Class History Association. Her most recent book, Gendering Labor History (2007), contains her essays on women’s work and social policy. 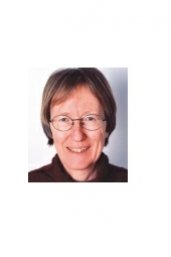 She is professor of Social Policy at the London School of Economics (LSE), and previously professor of Social Policy at Oxford University. She is one of the foremost experts on gender, social policies and family policies in a comparative perspective. Lewis participated in the FP7 Network of Excellence REConciling WOrk and Welfare (RECWOWE). She is also involved in the history of social policies and the role of the non-profit sector, and contributed to influential research and debates on European unification, citizenship and social policy, such as the TH Marshall Fellowship Programme: a symposium led by Lord Dahrendorf on Citizenship and Social Policy in 21st Century Europe. She has been the winner of the 2011 Social Policy Association Annual Awards of the Social Policy Association. 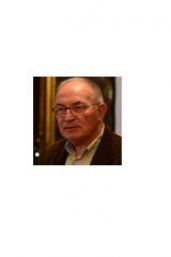 He e is currently Professor of Public Policy, Emeritus, at the European University Institute. Before joining EUI, he held teaching/research positions at a number of European and American institutions, including Yale, Harvard and Rome University. After leaving EUI, he has been a Visiting Professor at the Max Planck Institute in Cologne; at Nuffield College, Oxford; at the Center for West European Studies, University of Pittsburgh; and at the Department of Government, London School of Economics, as Centennial Professor. 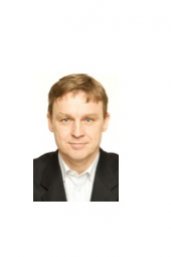 He is professor of sociology, is director of the Institute for Future Studies in Stockholm (Sweden) and leading its research programme on Sweden and the Future. Palme is member of many scientific bodies and projects. Currently Palme is Vice President of Research Committee 19 on ”Poverty, social welfare and social policy” of the International Sociological Association, Chairman of the Statistical Council to the National Insurance Office and chaired the Swedish ”Welfare Commission” His research interests and publications include studies of global migration, the European Social Model and Swedish policy reforms. Palme participated in the FP7 Network of Excellence REConciling WOrk and Welfare (RECWOWE), and runs projects on welfare state financing, European health-care systems, and on childhood conditions and marginalisation. 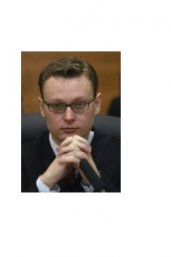 He holds a law degree from the Faculty of Law, Charles University, Praha and a Master of European Law degree (LL.M) from Stockholm University. From 2001 until 2005 he served as a judge of the Circuit Court for Praha 2. From September 2004 till August 2005 he was temporarily assigned to the Supreme Administrative Court, thereafter (in September 2005) he became one of its permanent judges. From 2001 till 2003 he was active as an external lecturer at the Faculty of Social Science, Charles University, Praha, and currently, he is an external lecturer at the Faculty of Law, Masaryk University, Brno, and at the Judicial Academy, both in the area of European law. He has completed several long-term work and study stays abroad. Furthermore, he represents the SAC in the EU Forum of Judges for the Environment (EUFJE) and belongs among the founding members of the Czech Society for European and Comparative Law. Finally, he has authored several articles and co-authored a monography. 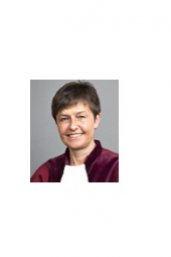 She is the Dutch judge at the Court of Justice of the European Union in Luxemburg, professor of European Law at the University of Utrecht. She is chairperson of the board of the Institute of ‘ISEP’ and a member of the board of the Europa Institute Utrecht. She is regularly invited as a guest lecturer or for other ‘speaking engagements’ in the Netherlands and abroad. Her research interests include various aspects of the interaction between European, national, and international law; interaction between European institutional law and European substantive law; constitutional processes in Europe, including the protection of human rights. 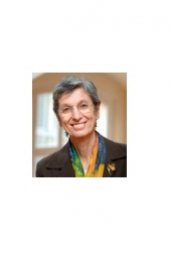 She is emeritus professor of sociology was appointed (2006-2011) as a research professor at the Social Science Research Centre (WZB) in Berlin (Germany). Till 2006 she was professor at the university of Turin, head of the department of social sciences, director of the Interdisciplinary center for women studies. She has been vice-rector of the university of Trento. Her research interests are in the field of family policy, demography, poverty and gender relations. She participated in the comparative research project EQUALSOC (SOFI, Stockholm) and the 7th Framework Program MULTILINKS. 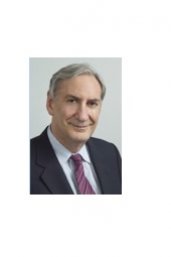 He is professor at the political Science Department of Haas Business and Public Policy Group of Berkley University (since 1973). He holds Solomon P. Lee Chair in Business Ethics. Professor Vogel is an editor of California Management Review. He received his PhD degree in Politics from Princeton University. He is regularly invited as a guest lecturer or for other ‘speaking engagements’ in the United States and abroad, for example to European University Institute, Stanford University, London Business School, etc. Since 2009 he holds a position of International Research Fellow at the Oxford University Centre for Corporate Reputation. In addition professor Vogel is a member of Scientific Committee at the Italian Center for Corporate Responsibility and a member of Advisory Committee of International Network of Research on Organizations and Sustainable Development (France). 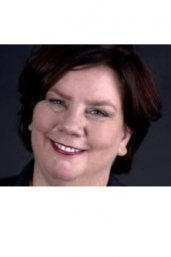 She s a member of the European Parliament since July 1 2014 for the Dutch party ‘Partij voor de Arbeid’, which is part of the Group of the Progressive Alliance of Socialists and Democrats. She is Vice Chair of the commission for Employment and Social Affairs of the European Parliament. Previously she was an affiliated researcher at Utrecht University, working for the research focus area ‘Institutions for Open Societies’. After studying social and economic history at Utrecht University, she worked for the trade union movement in the Netherlands for 25 years in a number of positions. From 2005 to 2012 she was President of the Dutch Trade Union Confederation (FNV). In that period she represented the FNV as the workers chair of the Labour Foundation, in the executive committee and the council of the Social and Economic Council (SER). She was also member of the executive committee of the European Trade Union Confederation and vice-president and member of the Executive Bureau of the International Trade Union Confederation. 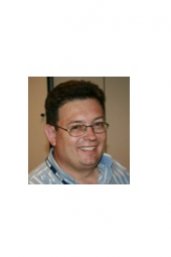 He is a journalist with over 30 years’ experience working in newspapers and broadcasting. He was Deputy Editor of Today (1998-2002), the BBC’s flagship news and current affairs programme with an audience including many of the country’s decision makers. He also edited programmes for BBC 5 Live (2002-11), a 24-hour live news network, winning two Sony Gold awards, most recently for coverage of the formation of the UK’s coalition government after the 2010 election. As well as covering politics, world events and sport, John also edited the UK’s best known film review programme (2002-9). He is currently Deputy Editor of the Cambridge News, the award-winning regional newspaper for the area which includes the University of Cambridge. 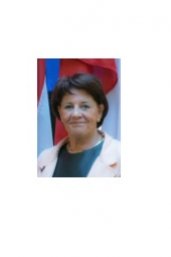 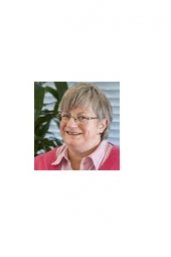 Jo Shaw holds the Salvesen Chair of European Institutions and is Dean of Research and Deputy Head of the College of Humanities and Social Science at Edinburgh University. Previously she was the Law School’s Director of Research, and Co-Director of the Edinburgh Europa Institute. Jo Shaw’s teaching and research focuses on the field of the EU constitution and institutions, particularly in socio-legal and interdisciplinary perspective. She now runs a large scale European Research Council funded project on the Europeanisation of Citizenship in the Successor States of the Former Yugoslavia (CITSEE) (2009-2014). She is also Co-Director of the EUDO-Citizenship Observatory, funded by a variety of sources including the European Commission.