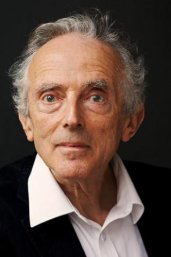 Taking an overview of Europe over the last 500 years, and focusing on encounters between cultures, I should like to distinguish two recurrent attitudes on the part of scholars and scientists to local knowledges, the knowledges current in other cultures or among artisans or peasants in their own culture. The negative attitude, which has been the dominant one for a long time, has been to dismiss these claims to knowledge as false. The positive attitude has been a minority one, but it is already visible in the Renaissance, became more important in the Enlightenment, declined in importance in the 19th century but revived in the 20th, when it even became institutionalized in the discipline of anthropology.

Peter Burke is Professor Emeritus of Cultural History and Fellow of of Emmanuel College, Cambridge From 1962 to 1979, he was a member of the School of European Studies at the University of Sussex. He has lectured and written on the history, especially the social and cultural history, of Europe from 1500-1700. His interests have ranged from the Renaissance to the history of historical thought and from th social history of language to the social history of knowledge. Since his retirment, he has continued to pursue the history of knowledge, extending his interests to the 19th and 20th centuries in Europe and the Americas. Burke has written 30 books. His work has been translated into 34 languages.

Please register by sending a message (with your name + email address) to historyofknowledge.utrecht@gmail.com. You will receive a Microsoft Teams-invitation to the meeting.