The rate at which the greenhouse gas CO2 is naturally removed from the Earth’s atmosphere is not constant, but can slow down or accelerate, new research by earth scientists from Utrecht University shows. This natural thermostat of Earth’s climate severely faltered some forty million years ago when concentrations of CO2 increased, which led to a global hothouse that lasted for hundreds of thousands of years. The findings, published online in Nature Communications, offer perspectives for other periods of extreme climate change in the geological past – and possibly for climate change in the future.

The new results show how forty million years ago the Earth’s climate warmed gradually in response to an increase of greenhouse gases emitted by volcanoes. However, the Earth’s natural mechanism to remove CO2 from the atmosphere could not keep up with the pace of warming. The faltering thermostat of the Earth allowed for a prolonged accumulation of CO2 in the atmosphere, resulting in a transient hothouse climate. Only 500 thousand years later the Earth began to slowly cool down.

Thermostat of the climate

“The Earth has an internal thermostat that regulates the concentrations of CO2 at its surface. This natural mechanism stabilises the Earth’s climate system,” says climate scientist Robin van der Ploeg, PhD student at Utrecht University and first author of the paper. “The most important process of the climate thermostat is the chemical breakdown of silicate rocks, which removes CO2 from the atmosphere. Moreover, this weathering process accelerates when the climate warms, leading to enhanced CO2 removal until the climate cools down again. The current increase in man-made CO2 emissions will ultimately also be removed from the atmosphere and oceans, although normally this would take about 200 thousand years.”

Main causes of the hothouse climate during the Middle Eocene. An exceptionally weak weathering thermostat led to the accumulation of volcanically released CO2 in the atmosphere and a global hothouse that lasted for hundreds of thousands years. Credit: UU

To learn more about the workings of the Earth’s thermostat, Van der Ploeg studied the emission and subsequent removal of CO2 during a period of worldwide climate change in the Middle Eocene, about forty million years ago. Together with colleagues, among others from Durham University, he analysed the chemical composition of deep-sea sediments from this geological time period. The results show that the process of chemical weathering did not accelerate forty million years ago, despite the fact that Earth’s climate warmed progressively. Van der Ploeg: “Earth’s thermostat wasn’t functioning properly at that time, perhaps it was only effective at half speed. Because of this, the recovery from warming took much longer compared to other warm periods in the geological past, such as in the Early Eocene, about fifty-five million years ago.” 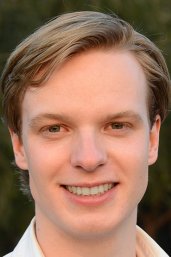 The results are important evidence for the finding that the time the Earth needs to recover from an increase in greenhouse gases is not constant, but vary. “The duration of this recovery is largely dependent on the amount of exposed surface rocks that can be chemically weathered,” says Van der Ploeg. “This so-called weatherability forms the capacity of the thermostat and determines its performance.”

The study may also have implications for potential solutions to reduce the effects of future climate change. Although the natural processes of the Earth’s thermostat operate slowly, on timescales of tens of thousands of years and longer, it might be possible to turn up the speed of CO2 removal, Van der Ploeg speculates. “Ultimately, silicate rock weathering is the most important natural process to remove CO2 from the atmosphere, but its effects are only measurable on very long timescales. However, if we could increase the weatherability of the Earth’s surface, it would theoretically be possible to remove larger amounts of CO2 from the atmosphere and ultimately reduce CO2 concentrations.”

The research was carried out as part of the Netherlands Earth System Science Centre (NESSC). Utrecht University researchers Margot Cramwinckel, Jack Middelburg and Appy Sluijs participated in the research.