For growing plants at high density, nano-genetherapy and the speed of thought

Three Faculty of Science researchers have been awarded the prestigious Vici grant. The researchers are Prof. Ronald Pierik (Biology), Dr. Enrico Mastrobattista (Pharmaceutical Sciences) and Endowed Professor Maarten Kole (Netherlands Institute for Neurosciences/Biology). Only 35 of the 233 grant applications submitted were honoured with a grant. A Vici grant provides 1.5 million Euros for innovative research proposals, allowing the researchers to spend the next five years developing their own line of research and expanding their research groups.

Ronald Pierik will use his Vici grant to conduct research into how plants react to shade, and to develop an integrated computer model to study the phenomenon. He hopes that the results of his research will contribute to increasing agricultural yields. Enrico Mastrobattista aims to develop nanoparticles that can be used to correct genetic defects. His goal is to test the particles in a mouse model for serious liver diseases. Maarten Kole will use his grant to study the speed and precision of information processing in neuron ganglia at the nano scale.

Ronald Pierik: Shedding light on the shadow side of high plant density

Ronald Pierik: Shedding light on the shadow side of high plant density

Ronald Pierik is a Dutch pioneer in research into how plants adapt their growth in order to catch as much light as possible, and to avoid shade. His discoveries include that plants set off a ‘shade alarm’ when the tips of the leaves come into contact with one another. With his Vici grant, he aims to integrate his discoveries with others made over the past few years into a comprehensive model. This will provide insights needed to grow more crops on every square meter of agricultural land.

Interest in Prof. Pierik’s field of research has increased dramatically as it becomes clear that the world’s growing population can only be fed by increasing agricultural production. However, if crops are grown closer together, they must compete for sunlight. Under those conditions, leaf stems either initiate a growth spurt or the leaves move upwards towards the light. This usually comes at the cost of the desirable growth of the plant.

Over the past few years, Pierik has already unravelled how plants observe shade at the molecular level and react to that stimulus in a variety of situations. With the Vici grant, he aims to clarify mechanisms that have not yet been identified, such as the plant’s reaction through root growth. He will then integrate this entire network of molecular mechanisms for reacting to shade into a single computer model. “My goal is to understand the plants’ reaction to light to such an extent that we can predict the effects of certain adaptations to these reactions on plant growth under highly dense conditions”, Pierik explains.

Pierik became interested in the photobiological behaviour of plants during his studies and doctoral research in Nijmegen. As part of his doctoral research, he spent some time in Leicester, UK, with Prof. Garry Whitelam, the British leader in the field. In 2003, he moved back to Utrecht University to work at the Ecophysiology of Plants research group. In the years that followed, he was awarded several grants, including the Veni and Vici grants. In 2015, he was appointed to the position of Professor of Plant Photobiology.

Food shortage looming? Then look at the plant, interview with Pierik on the occasion of his oration 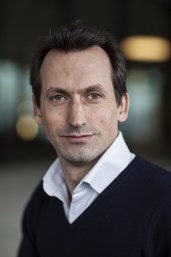 Dr. Enrico Mastrobattista is an expert in research into packaging DNA and proteins into nanoparticles for targeted delivery to diseased cells in the body. With his Vici grant, he aims to utilise his expertise to develop a therapy for diseases caused by genetic defects. To that end, he will look for nanoparticles that can deliver the revolutionary CRISPR/Cas9 system to diseased cell in the patient’s body, in order to repair the genetic defect.

More than 4,000 currently known conditions are caused by genetic defects. For many of these conditions, no treatment is currently available, or the symptoms are treated by a life-long course of medication. The CRISPR/Cas9 system, which was developed at an American university six years ago, seemed to finally offer a potential for cures for these diseases. The system cuts the DNA in a cell in precisely the desired location and facilitates the endogenous repair of the damaged genes. “However, it is now clear that there are several shortcomings that limit the therapeutic application of CRISPR/Cas9 in humans”, Mastrobattista explains.

One of these shortcomings is that the body recognizes the CRISPR/Cas9 system as foreign and tries to break it down as quickly as possible. Secondly, to be effective, the CRISPR/Cas9 system should be delivered INSIDE diseased cells, which is troublesome due to the large size of these biomacromolecules. Finally, in addition to cutting the DNA in the desired location, it also often cuts DNA in locations where it was not intended to be cut.

Based on his experiences in precisely packaging and administering DNA and proteins, Mastrobattista has come up with a strategy for dealing with these problems with the CRISPR/Cas9 system. He hopes to use this strategy to develop an application that can be tested in a mouse model for serious liver diseases. He also plans on studying several other strategies for preventing unwanted immune reactions.

Enrico Mastrobattista studied Medical Biology at Utrecht University, where he also earned his PhD in Drug Delivery. From there, he went to Cambridge as a Marie Curie Fellow to work in the group led by Prof. Andrew Griffiths, studying the directed evolution of enzymes in synthetic cells at the prestigious MRC Laboratory of Molecular Biology. Upon his return to Utrecht, he was awarded a Vidi grant to elaborate the technology for applications in gene therapy. In 2013, he received the Galenus research award (Prix Galien) for his research into nanomedicines for biopharmaceuticals. Thanks to his expertise in the field, he has been involved in several European partnership efforts, and in addition to his many publications, he also has five patents to his name.

Maarten Kole: The speed of thought at the nanoscale

The billions of cells in our brain are able to process information quickly and efficiently thanks to the insulating characteristics of myelin. Maarten Kole plans on studying whether the glia ensheathment of neurons works at the nanoscale like coax cables. His research should provide insights into the fundamental mechanisms behind the speed and precision of information processing and de-myelinating diseases.

Maarten Kole leads a research group at the Netherlands Institute for Neuroscience at the KNAW in Amsterdam, and since 2014 he serves as Endowed Professor of Biophysics of Complex Cellular Systems at Utrecht University. He is considered to be one of the world’s top experts in the field of electrophysiological subcellular measurements of neurons. His chair group is part of the Cell Biology research division of the Biology Department of the Faculty of Science, which conducts research into the transport processes in living cells and neurons.

Kole studied Biology at the University of Groningen, and earned his PhD in Neurosciences by conducting his thesis work at the Leibniz Institute in Göttingen. His career then took him to the University of Freiburg and the Australian National University. He returned to the Netherlands in 2011, where he received his appointment at the Netherlands Institute for Neuroscience. That same year, he was awarded an ERC Starting Grant.

Read more about Maarten Kole’s research in the press release about his inaurgural lecture and on the Netherlands Institute for Neuroscience website.

More information
Read more about the VICI grants in the press release of the The Netherlands Organisation for Scientific Research.