A different approach to research

According to common scientific practice, researchers play out competing theories within a specific discipline until only one remains standing. Naomi Ellemers, a distinguished professor and social and organisational scientist at Utrecht University, wanted to find out whether the academic world could also embrace a diametrically opposed approach: a cooperation-based model. She spent a week holed up in a hotel in Amstelveen with four other social scientists in an attempt to reconcile competing theories on social evaluation. The team described their findings on the process in the PNAS scientific journal. 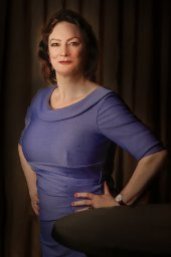 As Ellemers explains, scientists tend to instinctively defend their current theory at all times. 'This means different scientists can make different observations on the same research subject. These varying observations are then all published in renowned scientific journals. In some cases, researchers subsequently attack each other's work. For example, one researcher might claim the other made a mistake in the experiment, or fudged their statistics. I wanted to find out what would happen if we assumed each of us was right.'

As a part of her experiment, five social scientists spent a week holed up in a hotel in an attempt to reconcile competing theories on social evaluation. 'You need to make clear agreements on the procedure in order for it to work', Ellemers explains. 'For starters, you have to meet two basic preconditions – the researchers need to trust one another and they should be genuinely interested in each other's theories. If those conditions haven't been met, there's no point even trying to get a consensus.'

Everyone would have equal say in the process

Useful tools for others

Ellemers and her colleagues also applied useful negotiation psychology strategies, such as those described in the book Getting to Yes: Negotiating Agreement without Giving in. 'As a first step, we made sure individual researchers were no longer linked to specific positions by agreeing that everyone would have equal say in the process.' The consensus building process also included four other steps, as described in the PNAS article: make use of each other's curiosity, make measurable progress, try to achieve mutual benefits and be aware of the disadvantages of the alternative. Together, these steps can yield a new scientific approach based around collaboration rather than competition.