How do you involve citizens in major transitions?

How do you involve citizens in transitions such as switching from natural gas to sustainable energy sources or developing new vibrant neighbourhoods? The Urban Futures Studio engages in ongoing research on the topic of citizen engagement within the energy transition. In collaboration with the Ministry of the Interior and Kingdom Relations, we study new approaches to citizen engagement on the neighbourhood level. We look at their strengths and weaknesses and focus on how such practices can be designed in an inclusive way, that incorporates the diversity of backgrounds and desires that are present in society.

Focusing on the issue of form, we argue that processes for interaction between citizens and governments should be designed in a way that is more future oriented, organized over the long term, in closer proximity to citizens and with attention to the powerful role of ‘in-betweeners’ and ‘in-between’ places such as community houses, where people can meet to deliberate on the wide range of possible futures for their neighbourhood.

Towards a multiplicity of future visions for sustainable cities
The energy transition has major consequences for the way we live, work, move and consume. For such complex transitions, governments need to engage and collaborate with citizens and other stakeholders. Their engagement enriches existing visions on future neighbourhoods, inform local policies and stimulate change. But how do you shape and organize such a participatory process? While governments use a wide range of public participation methods, many researchers have emphasized the limitations of many of these conventional methods with regard to the inclusion of diverse groups of citizens and in bridging discrepancies between government approaches and people’s lived experiences.

We use a relational approach of citizen engagement, by which we view participatory processes as collective practices that both shape and are shaped by their ‘matter of concern’, their public and their setting and staging. This view places emphasis on the form and conditions under which the interaction takes place. For example, the initiative of Places of Hope showed that engagement can be organised in diverse ways and can create new collectives.

This is an ongoing project of the Urban Futures Studio. Interested to know more? Please contact Irene Bronsvoort. 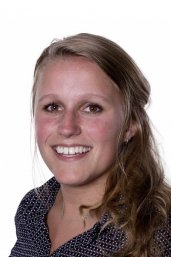