70 years after the Schuman Declaration, we commemorate the construction of a united Europe. Its pioneers aspired to a democratic European Union, but learned that there are limits to what can be constructed. In that respect, the corona crisis puts democratic values to the test, but is also a chance to reinvigorate them.

Political historian dr. Koen van Zon, specialized in the history of political representation in the EU, elaborates on the past and future of democracy in the European Union in the first contribution to this blog series #UUFutureEurope.

In this Future of Europe blog series, researchers reflect on Europe’s future in relation to the current Covid-19 crisis.

The 70 year anniversary of the Schuman Declaration, on the 9th of May, was supposed to be the starting signal of the Conference on the Future of Europe: a Europe-wide debate about democratic reform of the European Union. Although the Covid-19 pandemic temporarily put the conference on hold, it has made the question of democratisation all the more relevant.

In the 1950s, the founders of the EU and members of the European Parliament already learned that building democratic institutions does not equal building a democracy. Democracy relies just as much on the non-institutional ties that bind people, and allow them to engage and identify with the institutions they share. In that respect, the Schuman Declaration’s core message of solidarity remains crucial to this day, as an unfulfilled promise of the EU’s founders. 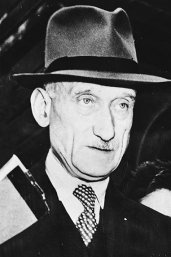 The declaration from the 9th of May 1950 bears the name of the French Minister for Foreign Affairs Robert Schuman, but it was diplomat and civil servant Jean Monnet who authored it. Monnet’s idea was to pool the coal and steel industries of France and the Federal Republic of Germany through a common organisation. By merging their economic interests, Monnet argued, a “de facto solidarity” would emerge between the two states, encouraging them to build a “European federation". Monnet hoped that this solidarity would eventually extend beyond the member states, to their citizens.

Building democratic institutions does not equal building a democracy

After failed attempts in the 1950s and 1960s, the first European elections were held in 1979. While greeted with euphoria, enthusiasm for these elections dwindled as the voter turnout fell election after election, from roughly 60 percent in 1979 to roughly 40 percent in 2014. This downward trend showed that an institutional reality does not necessarily become a lived reality, and that democratic institutions do not necessarily establish a democracy. Monnet may have already learned this lesson himself back in 1956, when he wrote: "I have pursued the creation of institutions, thinking that institutions bring people together […]. This is true and this has to be the final goal – but it is not the method, for institutions for coal and steel become institutions for coal and steel and not for people."

Crises as a test for political commitment

Monnet’s disillusionment about the popular engagement with the institutions he had co-designed still applies today. Sure enough, the EU’s competences now extend far beyond coal and steel, but at its core, it remains a common market. Debates about the EU therefore often revolve around costs and benefits: fights over the EU budget, subsidies and deficit to GDP ratio’s. In that respect, the EU has become a union of consumers (on that subject, see our research project), but not of citizens – something that was illustrated recently by the Dutch prime minister’s encounter with a refuse collector, calling upon his leader of government to give no more money to Italy and Spain. Meanwhile, amid heated debates about a recovery program and clashes between the North and South of Europe, polls report that Italian support for EU membership is withering.

Like previous crises, the Covid-19 pandemic puts European solidarity to the test – a test of political commitment. Political leaders determine whether crises undermine solidarity or strengthen it. The way in which Europe’s political leaders have dealt with crises and challenges in recent years have had a seemingly positive effect on how people perceive European institutions. In the wake of Brexit, the migrant crisis and a changing geopolitical climate, the 2019 European elections saw half of the eligible voters in the EU turn up at the polls. After a decade-long downward trend, this was a sudden rise of ten percentage points. It showed that people understood the importance of their voice in shaping shared institutions in the face of these challenges – whether it was pro-European or Eurosceptic.

Like previous crises, the Covid-19 pandemic puts European solidarity to the test

Solidarity as basis for debate on Europe's common future

The current crisis may have put the Conference on the Future of Europe on a back burner, but it makes its agenda of democratisation and engaging European citizens no less important. The history of the EU shows that talking institutional reform can only be part of that agenda. It should also include a more fundamental political debate about what kind of EU we want. Only the solidarity originally envisioned in the Schuman Declaration can provide the basis for such a debate about Europe’s common future. Such a debate requires efforts not just from European institutions, but from national politicians, civil society organisations and media. And it requires a lasting commitment, because even after 70 years, the EU is still in full development, and democracy is never finished.

Following the European initiative for a conference on the future of the EU, more scholars from Utrecht University will share their thoughts on the Future of Europe in the following weeks, offering different perspectives and covering different fields of studies.

Are you interested in sharing your (academic) perspective on the Future of Europe as well? You are more than welcome to contribute to our blog series, #UUFutureEurope.