Sionaidh Douglas-Scott (Edinburgh) studied Philosophy and Art History first before completing a degree in Law. From 2015 until 2018, she was co-director of the Centre for Law & Society in a Global Context at Queen Mary University of London. This centre is dedicated to multidisciplinary research into the rule of law in a broader global and societal context.

The high quality of her research is widely acknowledged. Before she was appointed to a professorship at Queen Mary University of London (Anniversary Chair), she was a professor at King's College London and the University of Oxford. She has held the post of visiting professor at a variety of European and American universities and has participated for many years as a lecturer in the Salzburg programme of the McGeorge School of Law (University of the Pacific), together with the former US Supreme Court Judge Anthony Kennedy.

Her knowledge and expertise in the areas of human rights, constitutional law, the interactions between national, international and European law, the contexts of law, rights and justice, philosophy and the relationship between law and religion align very well with the themes of Utrecht University's Centre for Global Challenges (UGlobe) and the strategic research theme Institutions for Open Societies (IOS).

Utrecht University confers a honorary doctorate to Sionaidh Douglas-Scott during its Dies Natalis 2019. 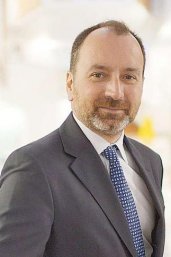 A close-up look at regional growth

Andrés Rodríguez-Pose (London School of Economics) holds doctoral degrees in both Economic Geography and Social Politics. Between 2015 and 2017, he chaired the Regional Science Association. His research is located at the intersection of science and society, which means that he is often invited to act as an advisor for the European Commission, the OECD and the World Bank, among others. In 2018, he won the ERSA Prize in Regional Science, which is considered the most prestigious award in his professional field.

Andrés Rodríguez-Pose researches the question of why certain regions experience growth and others do not. He concentrates particularly on the relation between institutions and regional economic growth. His research has contributed to our knowledge of which institutions stimulate growth and which actually hinder such growth.

Andrés Rodríguez-Pose's research is interdisciplinary and shows that science and society go hand in hand. He deploys his knowledge in order to solve complex societal and economic issues. This vision also forms the core concept of Institutions for Open Societies, one of Utrecht University's strategic themes. With this honorary doctorate, Utrecht University expresses its appreciation for Andrés Rodríguez-Pose's work: his dedication to tackling policy issues by means of scientific research and making a significant contribution to local communities in doing so.

Utrecht University confers a honorary doctorate to Andrés Rodréguez-Pose during its Dies Natalis 2019.

As can be seen in the video's above, the honorary doctorates were conferred during the 383rd Anniversary Day of Utrecht University in the Dom Church on Tuesday 26 March 2018.