The COVID-19 pandemic: A global health crisis or the care economy in crisis?

A contribution by Natalia-Rozalia Avlona for the Gender, Diversity and COVID-19 platform. The platform offers a series of short blogposts in which we invite different Hub members and researchers to share their findings, insights and reading tips on issues of inclusion and exclusion related to the Corona crisis. 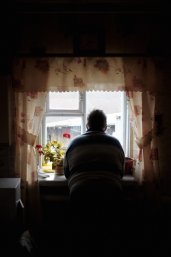 A Covid-19 crisis or a crisis of care?

The crisis of the COVID-19 pandemic has become a magnifying glass for the pre-existing discriminations across gender, race and class whilst it increased the social and economic inequalities. The privatization of health and education systems in many countries in Europe and America in recent decades has reduced the ability of states to meet the welfare needs arising from crises. The outbreak of the pandemic presented us with a fundamental contradiction. On the one hand, vulnerable populations, especially women, migrants, refugees, the homeless, people from the LGBTQI+ community, people with disabilities, and caregivers (of children, patients, the elderly), found themselves in a particularly vulnerable position. They experience multiple discriminations with respect to their access to the public health system and to other necessary services, to paid work, and the access to technology. On the other hand, in the midst of the pandemic, it became clearer than ever that the formal economy, families, communities, our very survival, is based on the chronic, invisible and unpaid work and provision of care by women. It is also based on the underpaid care work by doctors, nurses, caregivers, cleaners, and supermarket employees.

Who is meant to “care”? Feminist movements and economics

Feminist theories and the feminist movement of the 1960s and 1970s demonstrated a fundamental deficit in economic theories. From neoclassical to Marxist theories, housework and care work were treated as a natural activity of women, who were considered as affectionate “by nature”. But the provision of care is an integral, albeit unrecognized, part of the productive economy and exploitation, with the household as the primary venue of our social reproduction. In the 1970s feminists created the “wages for housework” movement and in the 1980s feminist economists showed that economic theories failed to take into consideration unpaid domestic work in official aggregates such as the Gross Domestic Product (GDP).

Sixty years later, though domestic work and the provision of care have entered the official map of the economy, we realise that the road to gender equality is still long. Women spend three times the amount of time as men on unpaid care and housework, while 70% of salaried workers in the health and social welfare sectors are women (UN figure 2020). It is no coincidence that in countries severely affected by the pandemic such as Italy and Spain, 70-75% of health care workers infected by the coronavirus were women.

Critical demands for a critical period

The COVID-19 crisis is therefore not just a global health crisis, but clearly a crisis in the field of care provision. Its repercussions are expected to exacerbate existing socio-economic, but also gender and racial inequalities. It is therefore necessary for crisis and impact management policies to recognize the formal and informal care economy. At the same time, it is critical to create and finance infrastructure for the provision of care, which will relieve women of their invisible and unpaid work at home. Finally, it is extremely important for the authorities to collect and take into consideration data based on gender, race and social class in the budgeting and policy-making for the difficult period ahead.

Natalia-Rozalia Avlona, Lawyer, Researcher at the Hellenic Foundation for European and Foreign Policy