One commonly held prejudice about 19th-century Surinam is that there were very few free non-whites in the country's capital, Paramaribo. Based on archive research, PhD candidate Ellen Neslo of Utrecht University has shown that there was a huge increase in the number of free non-whites in Paramaribo between 1800 and 1863. “When slavery was abolished in 1863, 65 percent of the non-white population in the capital of Surinam was already free. Essentially, it was this group of people who eroded the slavery system from the inside. And perhaps more importantly, the socio-economic position of the free non-white population was better than hitherto believed.”

The prevailing picture of slavery in Surinam (±1650-1863) is based mainly on 17th-, 18th- and 19th-century literature. This has given rise to a number of prejudices and stereotypes. “Research into Surinam in this period focuses mainly on slaves and their white oppressors, whereas my own research looks at 19th-century Surinam from a perspective that has received little attention so far: that of the free, non-white population.” 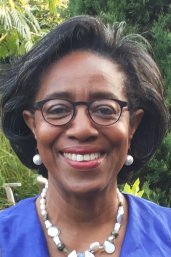 Neslo examined documents such as wills, baptismal records and local registers, building up a file of 162 elite individuals about whom sufficient archive material was available. These 162 people were all adult, free, non-white and lived in Paramaribo.

One of the many findings of Neslo’s PhD research concerns relations between redeemed slaves and their former masters. “In many cases, they remained actively in touch after the slave had been freed. Former slave masters often expressed gratitude to their former slaves and their children in their will, frequently leaving money, household goods and even their house to free non-whites.”

In her doctoral thesis, Neslo gives a more nuanced view of the socio-economic status of former slaves than that which is commonly held. "Largely due to the many craftspeople among the free non-white population, and the importance that they attached to a good education, the situation was more favourable than generally assumed. Well-educated free non-white individuals were therefore able to build careers."

Once they were free, they bought freedom for their family members

Neslo also writes about the abolition of slavery. “One of the most neglected subjects of slavery is the role played by the free non-whites. Once they were free, they bought freedom for their family members, too, thus eroding the system from the inside.”