Atmospheric chemist and Nobel Prize laureate prof. Paul Crutzen passed away at the age of 87 in Mainz, Germany. Crutzen, who discovered the human influence on the ozone layer and established the concepts of the Anthropocene and a nuclear winter in the scientific world, was affiliated to Utrecht University from 1997 to 2002. His former colleague Thomas Röckmann remembers Crutzen as a kind and gentle person with great contributions to science and society. 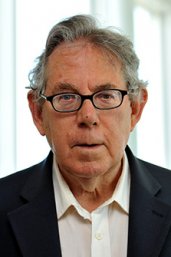 Atmospheric chemistry as a scientific discipline

In his long career, the research of Paul Crutzen has repeatedly resulted in findings that had an enormous relevance for society. His most renowned contribution is the discovery of the role of nitrogen oxides (NO and NO2) for the destruction of ozone  (O­3) in the stratosphere. It was the first time that scientists realized that chemicals produced at the Earth’s surface could actually affect the ozone layer 25 km higher up. Crutzen’s colleagues Mario Molina and Sherwood Rowland discovered that also other anthropogenic gases, notably the chlorofluorocarbon (CFC) gases could do the same.

Crutzen carried out his study more than a decade before the stratospheric ozone hole was actually detected over Antarctica.

These studies were carried out more than a decade before the stratospheric ozone hole was actually detected over Antarctica. It led to the quick understanding of its causes and spurred the ban of CFCs in the Montreal protocol, the worldwide agreement for protection of the ozone layer. For their groundbreaking scientific contributions, the three scientists were awarded the Nobel Prize for Chemistry in 1995. In this year I was a PhD student at ‘his’ institute in Mainz. For me, this Nobel Prize confirmed my previous decision to choose a direction for my own scientific future that would have impact on society.

The Nobel Prize was not only a personal honour for Paul Crutzen, it also firmly established the field of atmospheric chemistry as a scientific discipline where global collaboration was key. The field grew and large international research collaborations were established. Paul Crutzen, then already director of the Max Planck Institute for Chemistry in Mainz, was appointed as part time professor at the IMAU in 1997, where he initiated (MPIC) a collaboration between the MPIC and Dutch universities that is still ongoing today. Notably, Jos Lelieveld, who was at that time chair holder at the IMAU and Crutzen’s former PhD student, would follow him up as director of the MPI in Mainz after Crutzen retired. Sometime later I would follow up Jos at the IMAU and it feels like a great honour to continue the research line of these scientists.

In 1982, Paul Crutzen, together with John Birks, introduced the concept of a ’nuclear winter‘.  The massive explosions due to a potential nuclear war would inject large amounts of smoke into the stratosphere, which would absorb sunlight. This would not only lead to a cooling of the surface but also to a loss of agricultural production leading to global scale famine. Needless to say, this research also influenced global scale politics.

Crutzen’s most lasting heritage may be the introduction of the term ’Anthropocene‘ into science. Based on his research on the impact of humans on the Earth’s climate, he suggested that via the great industrialization, man has become the leading factor determining Earth’s climate, and he said that James Watt’s invention of the steam engine in 1784 may mark the beginning of a new geological time period, the Anthropocene, which follows up on the Holocene, the geologic period that has governed Earth’s climate since the end of the last ice age. It is not surprising that Paul Crutzen regarded anthropogenic climate change as a huge threat, and he was one of the first to consider ’climate engineering‘ technologies as a last option to prevent catastrophic climate change.

Having grown up as a working-class child in Amsterdam, Crutzen always remained firmly grounded to earth, even if his research ideas were often far up in the sky.

Although Crutzen certainly became a scientific star after receiving the Nobel Prize, he led a modest and simple life. He never owned a car and walked to work from his small house in Mainz. He also did not like travelling. Despite his enormous scientific and societal influence, I experienced him personally as a calm and gentle person. Having grown up as a working-class child in Amsterdam, he always remained firmly grounded to earth, even if his research ideas were often far up in the sky.

His professional career was also highly unusual. He first studied civil engineering and started his career building bridges and houses. After moving to Sweden with his wife Terttu after the war, he decided to follow his passion for the natural sciences and became interested in atmospheric sciences, starting his career as a scientist in 1963. He obtained his PhD in Meteorology at the University of Stockholm in 1973, worked at the University of Oxford in England and at the National Center for Atmospheric Research in Boulder, Colorado, before becoming director of the Max Planck Institute for Chemistry in Mainz, where he rooted and worked until the end of his career.

We all miss Paul as an inspiring scientist, brilliant mind, caring mentor and human and friendly colleague.