Professor earmarks his bequest for students in need

Legacy of more than a million euro for Utrecht University

For the second time in a relatively short period of time, Utrecht University has received a large legacy. Professor van der Maas, who passed away on 2 June 2020, named the Utrecht University Fund as his sole beneficiary. His purpose was to see his legacy spent for the benefit of students who, through no fault of their own, have encountered financial or emotional problems. This remarkable legacy, which is expected to exceed one million euros, will enable the Utrecht University Fund to help a great many UU students for years to come. Together with the University, the Fund is now working out exactly how the money will be spent.

Everyone deserves a second chance 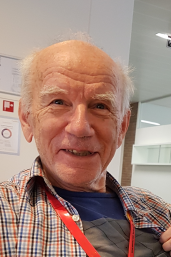 Joop van der Maas has been associated with Utrecht University throughout his academic career. After his studies in Chemistry, he obtained his PhD in 1965 and subsequently became a lecturer at the Faculty of Chemistry. In 1980 he became Professor of Spectrochemical Analysis. Love for the field and the conviction that there was a great deal left to discover kept him involved in those academic circles even after receiving emeritus status in 2001. Until the start of the coronavirus pandemic, he continued to visit the Utrecht Science Park nearly every day. On 2 June, he suffered cardiac arrest while riding his bicycle and subsequently died.

An eye for students who are lagging behind

Joop van der Maas grew up in his parents' farm in Oosterland, Zeeland, where he experienced the flood disaster in 1953. An evacuation to Hilversum followed. Fear of drowning, evacuation and living with a host family had shaped him to a strong degree. As a result, he felt a particular affinity for disadvantaged students. His motto was: unforeseen events are always a possibility in life, and everyone deserves a second chance. This credo was certainly a factor in his dedication to helping those students who carried some extra burden, as well as his decision to name the University Fund as the sole beneficiary of his estate.

With his legacy, Van der Maas wants to help students who have run into financial or emotional problems through no fault of their own. This ties in perfectly with the impact that the Utrecht University Fund is already having thanks to donations from donors, alumni and stakeholders. For example, the fund supports students in need, enables free education for refugee students and offers (future) students more opportunities with grants and scholarships. Together with the University, the Fund is now working out exactly how the money will be spent.

Contribute to science, for a better future

Utrecht University strives to find sustainable solutions for a better future. Philanthropic contributions from private individuals and organisations are becoming more and more important in achieving that aim. The Utrecht University Fund raises and manages philanthropic gifts for the university. Alumni, (former) employees and other stakeholders donate to scientific research and education, or to the preservation of the academic heritage and a lively study climate. Increasingly, they choose to attribute (part of) their estate to a university cause. Margot van Sluis-Barten, director of the Utrecht University Fund: "We are very grateful for this wonderful gift, with which we can help many young people to realize their dream."