Doctors from UMC Utrecht, Erasmus MC and UMC Groningen have performed the first heart transplantation after cardiac death in the Netherlands. The procedure can drastically increase the number of heart donors available nationwide every year.

In donations after cardiac death (DCD), the donated heart of a deceased donor is mainteined outside the body until it can be transplanted. The heart is placed in a machine that preserves it, and starts beating again after supply of oxygen and blood.
For the first time, a heart donation after circulatory death has been performed in the Netherlands. DCD heart donations can lead to approximately 40 extra heart donors nationwide, according to what has been calculated by the 3 UMCs involved. 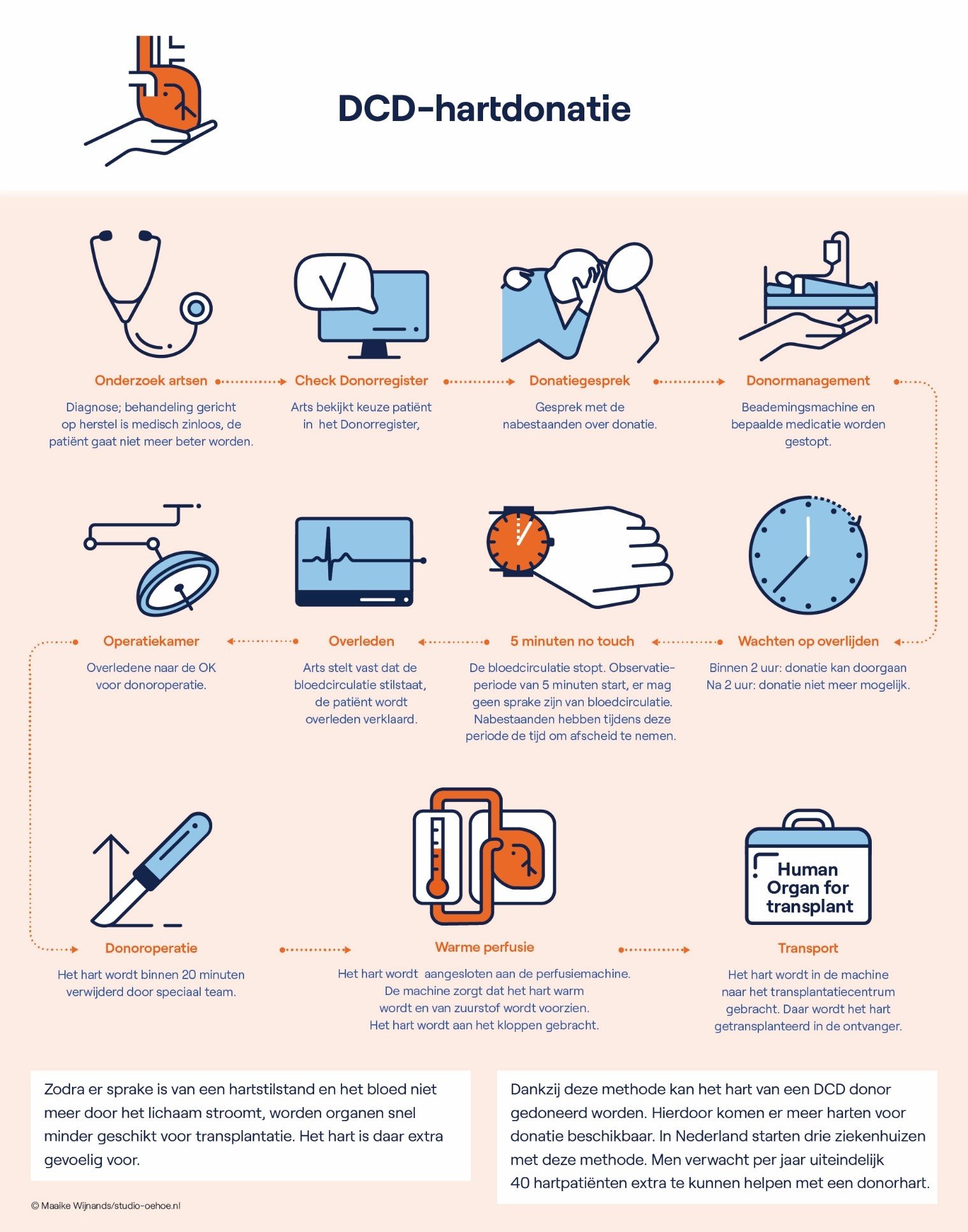 Cardiac regenerative medicine is advancing and proving to be a cutting-edge research field at UMC Utrecht. Pieter Doevendans, Professor of Cardiology at UMC Utrecht, has been hosted by AtlasTV to discuss new methods to repair patients' hearts. Doevendans explains, among other things, that it is now possible to isolate pieces of tissue from patients and make stem cells from them, which have the potential to become heart muscle. Doevendans also highlights the advantages of having tools as 3D bioprinting techniques in cardiac regenerative medicine.

Read more about the first DCD transplant here (in Dutch) and watch the interview to Pieter Doevendans here (from minute 10:58, in Dutch) for more information.