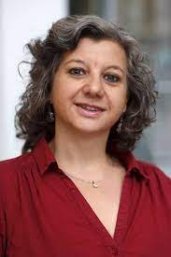 Teaching Philosophy of Science and Technology: some reflections on how to make it inclusive and diverse

Every discipline and sub-discipline have their own mainstream and crystalized canons. In recent years, philosophy tried to diversify its own canon(s) by making the mainstream(s) more permeable and inclusive to other approaches and traditions. Philosophy of Science, for instance, has been dominated by analytic approaches, and not just in Anglo-American circles. Philosophy of technology, to give another example, may be taught very differently according to whether analytic or continental approached are adopted.

My BA and MA teaching portfolio includes topics in the fields of Philosophy of Science and Technology. In my courses, I attempt to contribute to a general movement to make Philosophy of Science more open and inclusive. To do so, I diversify topics and approaches, and I design assignment and assessment methods that foster inclusion at the level of topics and of argumentation, as well as a collaborative approach among students. During this talk I present present the rationale and implementation of the design of three courses: Philosophical Approaches to the Sciences (BA); Philosophy of the Social Sciences (MA), and Philosophy of Techno-Science.

Federica Russo is a philosopher of science and technology based at the University of Amsterdam. She has held research, teaching, and visiting positions at several institutions, including the University of Kent, Pittsburgh, and Louvain. Her current research concerns epistemological, methodological, and normative aspects as they arise in the biomedical and social sciences, and in highly technologised scientific contexts. Among her major publications: Causality: Philosophical Theory Meets Scientific Practice (co-authored with Phyllis Illari, Oxford University Press, 2014), Causality and Causal Modelling in the Social Sciences. Measuring Variations (Springer, 2009). Federica Russo also authored numerous articles in international journals and spanning various themes, such as causation and causal modelling, explanation, evidence, and technology. Federica is currently co-editor in chief (with Phyllis Illari) of the European Journal for Philosophy of Science and Executive Editor of Philosophy and Technology. For more information please visit her website.

Please find the link to participate via Microsoft Teams here.