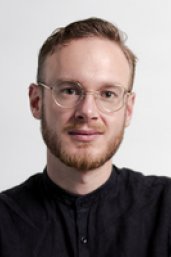 This paper discusses communist visions and practices of knowledge production in Indonesia during the Guided Democracy (1959-1965), a key episode in Indonesian history. These years were marked by fierce competition for political clout between the largely US-supported Indonesian army and the Communist Party of Indonesia (PKI), which ended in the latter’s annihilation in 1965-1966. In this terse political climate, the PKI argued against a model of military-led modernization that was becoming the norm in many so-called third world countries. Attributing expertise to peasants and producing agrarian knowledge were central to its strategies. By presenting peasants as experts, the PKI downplayed the need for civic action. National production targets could be met by securing their participation in national production campaigns. At the same time, the PKI advocated new approaches to the production of natural, and especially social scientific knowledge. Scientists and theoreticians affiliated with the PKI juxtaposed the nature of what was at times referred to as “progressive” science with the sciences as taught at Indonesian universities, commonly described as assemblages of colonial vestiges and neocolonial intentions. Progressive knowledge was not just a word, but a set of experimental practices and institutions. In this paper, I argue that the narrative of decolonization provided a discourse to envision and practice a new type of people-centered knowledge, which the PKI could mobilize as cultural capital in the struggle of Guided Democracy.

Sebastiaan studied history and philosophy of science at Utrecht University and the University of California, Los Angeles. In 2017 he started his Ph.D. at the University of Amsterdam in a project on science and decolonization in Indonesia. Tentatively entitled A Matter of Life or Death: Agriculture and the Politics of Knowledge in Sukarno-era Indonesia, it examines networks of political allegiance and practices of knowledge production in the making of postcolonial Indonesia. Apart from agriculture, Sebastiaan has published on the history of race, psychiatry, and veterinary medicine, often in colonial contexts. His article ‘Picturing Ethnopsychology: A Colonial Psychiatrist’s Struggles to Examine Javanese Minds, 1910-1925’ was recently granted the Best Journal Article Award 2019 by the Society for the History of Psychology. 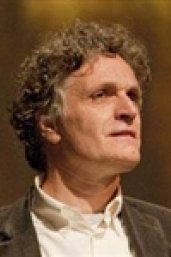 Jaap Bos recently released an open access textbook on research ethics (published by Springer), designed for students in the social sciences. In this talk he will briefly touch on the question why he thinks such a textbook is necessary, how it is structured, which topics it discusses, and which ones are not. He will also briefly discuss some of the controversies in the social sciences addressed in this book, and the educational purpose of it. Does teaching research ethics contribute to a better research climate, or does it serve bureaucratic procedures? Is ethics creep really a thing, or is it an invention of sloppy scientist?

Click here for a short animated introduction by the author.

A short biography of Jaap Bos can be found here

Please find the link to participate via Microsoft Teams here