Still from the movie Melancholia by Lars von Trier

The Philosophical Powers of Melancholy

Before the end of the 19th century, depression was not a psychiatric category. Until then, the mental illness we now call depression was called melancholy or melancholia. Descriptions of its symptoms, though subject to alterations depending on the particular historical period, show a striking consistency over the past 2,000 years. In their works on melancholy, ancient Greek doctors such as Galen of Pergamum and Rufus of Ephesus already describe all the diagnostic criteria for depression that appear in the modern DSM. However, studies of melancholy did often include more than that.

Through my study of the history of melancholy (as part of my PhD-research) I have found that melancholy has often been associated not only with sadness, anxiety, debilitation, passivity and impairment of capacities, but also with the enhancement of certain other capacities. It has often been observed, for example, that the melancholic has a keen ability for critique. He or she is better able to see the arbitrariness of social conventions, to understand the idleness of daily affairs in light of a larger perspective, and to see through illusions or positive bias. This has made melancholy into a philosophical mood par excellence, and many philosophers in the Western tradition have associated melancholy with their thinking, both as cause and consequence. 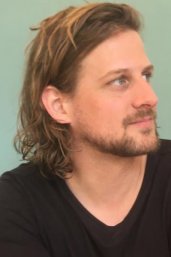 In our contemporary definitions, this aspect is lacking, and we define depression almost exclusively in terms of having negative feelings and reduced capacities. This is a striking and significant contrast that needs to be studied if we are to gain a more comprehensive understanding of depression and depressed people. Therefore, I am currently developing a research proposal that aims to contribute to our contemporary understanding of depression through a comparative historical study of the capacities associated with the melancholic.

For my talk in the Descartes Centre Colloquium series I would like to have a closer look at some of these capacities, particularly those that could be considered to intensify a philosophical view on things. I will give an anthological overview of various writers throughout the Western philosophical and scientific tradition commenting on melancholy and its relation to a philosophical attitude.

Robert Vinkesteijn studied Philosophy and Classics at VU University Amsterdam, the University of Amsterdam (UvA) and Utrecht University (UU). He completed a two-year Research Master (cum laude) at the Amsterdam Centre for Ancient Studies and Archaeology (ACASA, a joint programme of UvA and VU University) in 2015, with a strong specialization in ancient Greek philosophy. His thesis on ‘The Daimonic in the Platonic and Stoic tradition’ was supervised by prof. dr. Marije Martijn (VU) and prof. dr. Keimpe Algra (UU). From 2015 until 2019 he wrote his PhD-thesis at the Utrecht University Philosophy department under supervision of prof. dr. Teun Tieleman, titled ‘Philosophical Perspectives on Galen of Pergamum: Four Case-Studies on Human Nature and the Relation between Body and Soul’. He currently works as a lecturer in the Philosophy Department at Utrecht University.