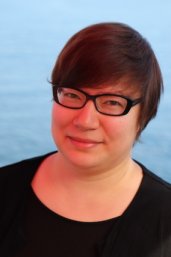 The "Objective" and the "Political" in Soviet Humanities

Contrary to the widespread view of Soviet humanities as operating in isolation from Western scholarship, European and American writings were constantly being smuggled through the Iron Curtain. In this talk I take up the example of musicology, specifically the exchange of knowledge in the context of the Cold-War cultural diplomacy. One conduit of such exchange was a book entitled On Music, Alive and Dead (1960). An overview of “new music from capitalist countries,” the book praised composers working in a “living,” tonal idiom while disparaging the “dead” avant-garde as well as the elitism, formalism, and autonomy of the Darmstadt school. And yet, several generations of Soviet composers availed themselves of the book’s information about the avant-garde: copious factual detail, translations from English, German, and French, and musical examples.

Grounded in a thick description of Soviet social practices, my argument is twofold. First, I argue that the subversive writing style typified by this book – couching otherwise frowned-upon information in politically acceptable terms – belonged to the rich repertoire of strategies for circumventing ideological control in Soviet musicology. Second, this strategy had unintended consequences for the development of the discipline in Russia. This writing style fostered the perception that music history was the domain of the “extra-musical” (which could be compromised by political cooptation), and therefore was inferior to the enterprise of music theory, perceived as more autonomous. This writing style also inculcated the skill of reading between the lines – foraging for “objective” facts, discarding the “extra-musical” ideology – that survived into the post-Soviet period, thereby shaping the idea of what counts as valid knowledge today. Finally, I demonstrate how the decades-long requirement to interpret the aesthetic in political terms affected the present-day humanistic scholarship in Russia.

Short bio: Olga Panteleeva is a musicologist, working on contemporary politics of music, history of the humanities, and decolonizing higher education. She earned her doctorate in musicology from the University of California, Berkeley in 2015 and in 2015-2019 was a lecturer at the Department of Media and Culture Studies at Utrecht University. In 2017-2018 she was a Fung Global Fellow at Princeton University as a part of a cohort working on the topic titled "The Culture and Politics of Resentment." In 2019-2020 she was the PI of an interdisciplinary research project at the University of Michigan, which focused on anti-racist struggles outside of the United States and the ways in which ideas emerging from U.S.-based critical race studies are translated and adapted to other geopolitical contexts. Her monograph The Science of Music: Soviet Musicological Utopias is to be published by Indiana University Press. Her current research project “Music and Morality Politics in Putin's Russia" investigates the various ways in which music participates in constructing anti-Western attitudes in the post-Soviet space. As a music critic Olga Panteleeva wrote for the Russian business daily Vedomosti and the independent online magazine Colta.ru. 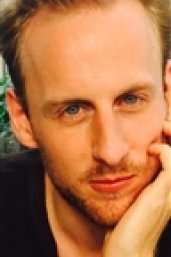 Editing Modern Science: The Making and Legacy of The Works of Francis Bacon

The monumental Spedding-Ellis-Heath edition of The Works of Francis Bacon appeared some 150 years ago in seven thick volumes. With the Oxford Francis Bacon yet to be completed, it remains the standard scholarly edition of Francis Bacon's (1561-1626) works in use today. Much attention has been given to reworking, revising and updating its content, but the edition itself, however, has never been studied in any detail. This talk will tell part of its story. It traces the history of the making, publication, reception and extraordinary legacy of the Works, revealing its centrality to 19th-century debates on modern science and 20th- and 21st-century Bacon scholarship. A major event in the history of science and the history of the book, the Works not only furnished what was long believed to be the Baconian canon; it also climaxed the revival of interest in Bacon and cemented the long-standing focus on Bacon's inductive scientific method, advocated by major figures like John Herschel, William Whewell and John Stuart Mill. The talk's focus will be on the first three philosophical volumes, jointly edited by the Trinity men James Spedding and Robert Leslie Ellis. It examines their collaboration and analyzes their debate on the nature and importance of Bacon's writings. Interestingly, their debate was conducted neither in letters not in papers but in footnotes, introductions, prefaces and editorial choices in the Works itself. As such, next to an authoritative secondary source, the Works is shown to be a valuable primary source for the history and philosophy of science.

Short bio: Lukas M. Verburgt is a Postdoctoral Researcher at the Freudenthal Institute, History and Philosophy of Science, at Utrecht University. He has held visiting positions at Trinity College, Cambridge, the Max Planck Institute for the History of Science, Berlin, and the Department of History and Philosophy of Science, Cambridge. His current research focuses on the legacies of Aristotelianism and Baconianism during the Second Scientific Revolution. Among his most recent outputs are papers in KNOW: "A Journal on the Formation of Knowledge and the British Journal for the History of Philosophy."

Registration is free.
Please find the link to participate via Microsoft Teams here