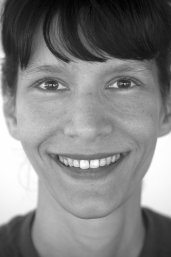 Drawing in the Tropics: Picture Making, People, and Plants in the Early Modern World c. 1680-1700

During the early modern period, the (re)discovery of nature, locally and overseas, generated in Europe an intense production of images, in a range of formats. Plants, home-grown and foreign, offered unprecedented promises for profit –- as medical remedies, foodstuffs, or collectibles — while their pictorial representations promoted their commercial potential and stood as artistic objects in their own right.  Image making, particularly drawing, became a powerful tool of control and expertise, an activity practiced by both artists and naturalists.

My paper explores depictions of exotic plants, particularly those from the Tropical Atlantic, made by European image makers and naturalists in the last decades of the 17th century and the early 18th century. Focusing on a couple of case studies (both French and Dutch), I examine immersive protocols of viewing alongside practices of draftsmanship and printmaking: these encompass the drawing methodologies, visual strategies, and discourses on image making that arose around pictorial productions resulting from transatlantic exchanges. This work in progress raises questions pertaining to the efficacy of representations of nature, the mechanisms of control that undergirded such types of pictures, and the shapes this pictorial authority could take. Casting  plants and image-makers as its main protagonists, this paper addresses aesthetic and material practices related to nature in the early modern world.

Jaya Remond gained her PhD in art history at Harvard University. She specializes in drawing and print cultures at the intersection of art and science, with a particular focus on the worldwide circulation of pictorial knowledge through paper tools. Prior to coming to the Descartes Centre, Jaya Remond held residential postdoctoral fellowships at the Max Planck Institute for the History of Science in Berlin, the Getty Research Institute in Los Angeles (Scholars Program), and the Bibliotheca Hertziana in Rome, where she is an affiliated scholar. 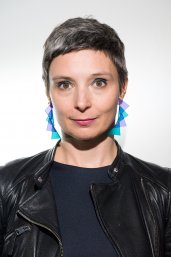 Researching the history of medicine during the 20th century in Europe has been a predominantly Western phenomenon. Only recently has some attention begun to be devoted to Eastern Europe. The results have upended some preconceived notions, such as the assumption that medical expertise East of the Iron Curtain was enslaved to the dictate from Moscow or a local Party politburo, or the belief that medical and other experts were cut off from international exchanges, or the overall impression that nothing interesting could have been happening under communist dictatorship.

Based on my research into medical sexology in Czechoslovakia, I will discuss two instances of innovation in expertise, unparalleled in the Eastern Bloc and beyond. The first is research on the female orgasm in the early 1950s, and the second is a clinical approach to male sexual deviants in the 1970s. In both instances, I will present the substantive developments and focus on the linking and disjoining expert jurisdictions (Eyal 2013) to explain how sexological, gynecological and psychiatric expertise cross-pollinated to create new knowledge and shift views and policies in the areas of the family, gender, and sexuality. We will see how central expertise was for governing in the authoritarian version of the modern state.

Kateřina Lišková Ph.D., is Associate Professor in sociology at Masaryk University, Czech Republic. Her research focuses on gender, sexuality, expertise, and the social organization of intimacy, particularly in Central and Eastern Europe. She is currently affiliated as a guest researcher with the Department of History and Art History of Utrecht University. In the spring of 2021, she is a Senior Fellow at the Descartes Center for the History and Philosophy of the Sciences and the Humanities. She serves as an Editorial Board member for the European Journal for the History of Medicine and Health.

As a Marie Curie fellow, she was affiliated with Columbia University and Technische Universität in Berlin. Previously, she was at the New School for Social Research as a Fulbright Scholar, as a Visiting Scholar with New York University, and as a Fellow with the Imre Kertész Kolleg in Jena, Germany. Her research on gender, sexuality, and expertise under state socialism was published by Cambridge University Press in a monograph titled Sexual Liberation, Socialist Style: Communist Czechoslovakia and the Science of Desire, 1945–89, which won the 2019 Barbara Heldt Prize for Best Book and received an honorable mention for the 2019 Adele E. Clarke Book Award. Her papers have appeared in Medical History, History of the Human Sciences, History of Psychology, Sexualities, and History of the Family, among others.

Please find the link to participate via Microsoft Teams here.