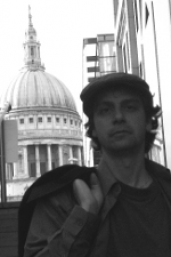 In my talk, I will revisit the “Explanation Paradox” (for short EP, 2012) of Julien Reiss. The EP and subsequent “Explanation Paradox Redux” (2013) have been discussed widely since their first publications. Especially with its pedagogical virtues, the EP made an important contribution to discussions concerning the role and the status of idealizations in economics and epistemic virtues offered by the models in economics. Reiss takes into consideration the Hotelling model (1929) as a case study and claims that economic models involve false, idealized assumptions and as consisting of such false assumptions models in economics are themselves false in an “elliptical” sense, i.e. as a manner of speech (2012, p.49). Given these, the problem for Reiss is this: how can an economic model, with many features known to be false and irrelevant to real-world phenomena, can be explanatory? In both EP and EP Redux, Reiss contends that the suggested solutions fail in resolving the paradox and the paradox is likely to survive. In EP, Reiss makes use of different notions regarding falsity of models. In subsequent discussions, Reiss’ use of ‘falseness’ has been criticized on different grounds (Mäki, 2013, Rol, 2013, Hausman, 2013 and others).

Drawing insight on Elgin&Sober (2002),  I will argue that given quite reasonable criticisms of Reiss’ (2012) argument, the general pattern of the Reiss’ argument in EP is best understood as Cartwright’s  (1983) argument about the laws of physics in that Reiss considers any law  in economics in if/then form whose antecedent and consequent are false. (Obviously Reiss (2013, p.87) believes that result he derives on Hotelling’s case can be expanded to other laws (or models) of economics as well.) The puzzle in that case becomes how models that do not apply can explain, rather than how false models can explain. I will propose that the best way to interpret EP is not in terms of truth/falsity dichotomy, since it is not Reiss’ real concern. His real concern is about applicability of models. This reading of EP will show that the paradox is not that how false models explain, but that how models that don’t apply explain.

At the moment Michael Cuffaro visites the Descartes Centre as a Senior Fellow. His research interests are mainly in the philosophy of science and in the history of philosophy of science. He is particularly interested in issues having to do with the relation between physics (especially quantum theory) and computation and is the co-editor, with Sam Fletcher, of the edited volume: Physical Perspectives on Computation, Computational Perspectives on Physics (Cambridge University Press). He has also published on Kant's philosophy (especially Kantian approaches to the philosophy of science), and while visiting the Descartes Centre he will be looking at the thought of two neo-Kantian thinkers: Ernst Cassirer and Grete Hermann. For more information see: www.michaelcuffaro.com.

Dinçer Çevik stays in Utrecht as EPSA Fellow and as Junior Fellow at the Descartes Centre. He received his PhD from Department of Philosophy at Mugla Sitki Kocman University with thesis entitled “Between Overrated Pessimism and Underrated Optimism: A Study on the Model Based Explanations in Economics”, Turkey in 2019. Between January-July 2018 he was visiting PhD student at the London School of Economics, Centre for Philosophy of Natural and Social Science (CPNSS). Çevik graduated from Mugla Sitki Kocman Philosophy Department’s MA program in 2012. He graduated from Middle East Technical University Turkey in 2008 with a major in philosophy, and a minor in industrial design. Currently he is a research assistant at Mugla Sitki Kocman University Philosophy Department and majoring in economics via Anadolu University second university program.